Starston Flower Festival was held at St Margaret’s Church, Starston, on the 14th, 15th and 16th July 2018, with visitors being treated to some amazing displays, based on the theme of English Country Gardens. 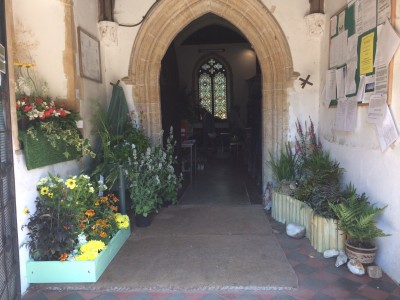 As soon as you put your foot over the threshold, to go into the church porch, your senses were immediately stimulated by Sheena Duncan’s ‘Sensory Garden’. Sheena, so cleverly, used the five senses of seeing, hearing, tasting, touching and smelling to create a magnificent entrance to the festival. 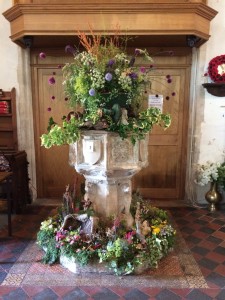 You were then transported to fairyland to the ‘Enchanted Garden’ by Elteb Griffin, where her creative imagination brought the font magically to life with fairies and elves dancing and prancing round – it was exquisite. Kirstin Cumming worked incredibly hard and Chelsea came to Starston with ‘All that’s left in my Garden’, with this outstanding garden proving to be a showstopper. Three generations of the Lombe Taylors created some beautiful and sophisticated arrangements. Phillipa’s ball of suspended flowers representing ‘Life’ that had bright orange and yellow gladioli, maintaining a perfect 3D spherical shape, was quite frankly masterful. People just stood staring up in wonder. ‘An Afternoon’s Croquet’ by Jane Pearson and Bobbie Formston was brilliantly designed with cups and saucers and bun cases filled with flowers, with the attention to detail being second to none. 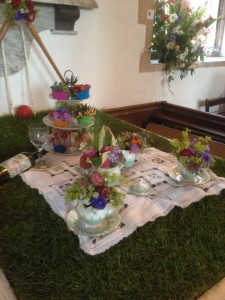 In fact, the unique interpretations of the theme of ‘English Country Gardens’ was so impressive. I loved the quirky ‘These Boots Aren’t Just Made for Walking!’ by Linda Savage, ‘Spot the Weed!’ by Ruth Cawcutt and ‘The Forgotten Garden’ by Christine Munro . I can go on … 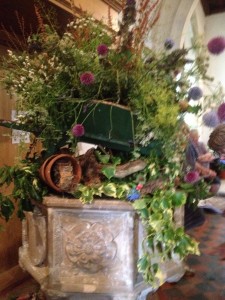 Unfortunately I can’t, but every arrangement deserves a special mention and to sing its praises, so I apologise for not being able to (I could fill an entire edition of Pigeon Post). Now, I want to say a HUGE Thank You to Ruth for organising the Festival and to the PCC for all their hard work. Also, thanks go to Julian and Phillipa Taylor for allowing delicious refreshments to be enjoyed at the Coach House and to Wharton’s Roses for opening up their rose field (where visitors stood in awe looking at the kaleidoscope of colours that stretched from Starston to Pulham St Mary). Much appreciation goes to everyone who contributed. 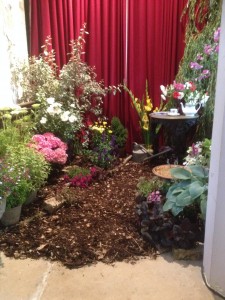 It was a tremendously successful Flower Festival that has provided much pleasure to many people and also has raised a massive £1100.towards Church Funds. Comments made, included, “Superb”, “Stunning”, “Spectacular” and the “Best ever Flower Festival, I’ve been to”. Yes it was… 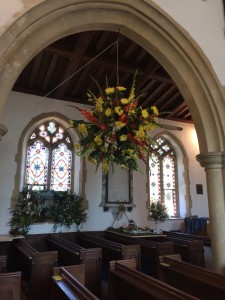 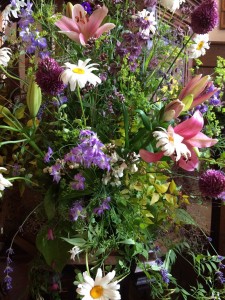 Upcoming Events in the Village